The American Rescue Plan Act Passed – How Does This Affect You? 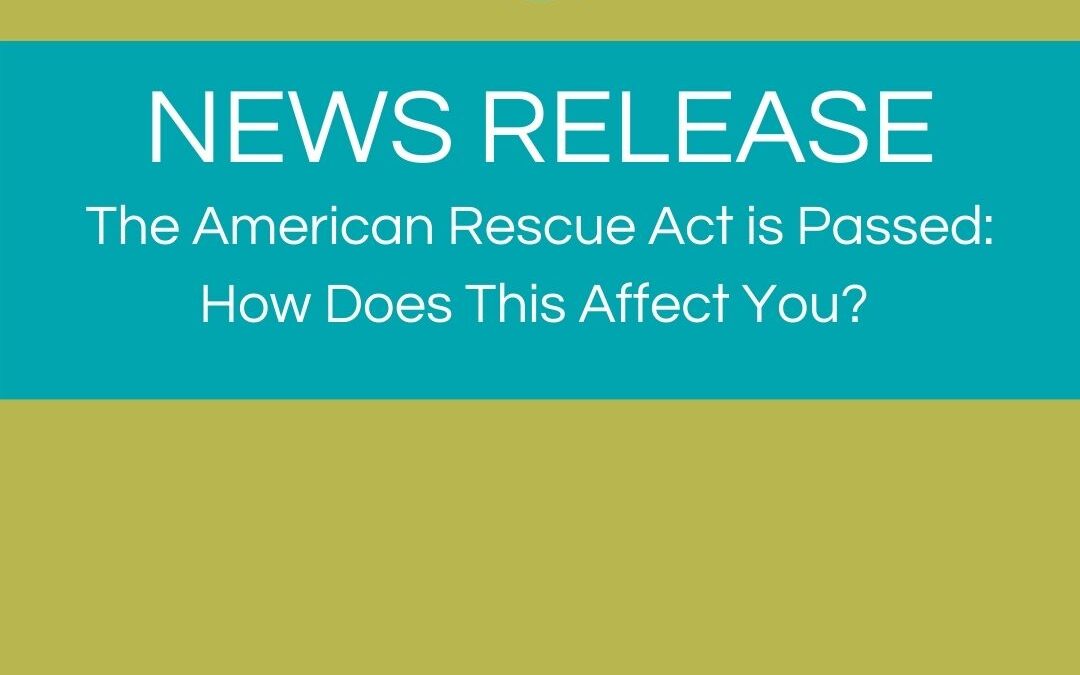 The American Rescue Plan Act has passed and includes a third, much-anticipated, economic impact payment (EIP). This is one of several government measures intended to help financially stressed citizens. This will be the third round of EIPs since the pandemic began disrupting the economy at the beginning of 2020, leaving many Americans without jobs or any way to support their families.

This round of EIPs will be:

The Treasury will make these payments automatically based on a taxpayer’s filing status, AGI, and claimed dependents on their 2019 return—or the 2020 return if it has been filed and processed by the IRS by the time the IRS generates the payments. It is anticipated that the Treasury will begin issuing the EIP3s within a week after President Biden has signed the American Rescue Plan Act into law.

Dependents – Dependents who file their own returns are not eligible for an EIP or the RRC.

Decedents – Individuals who died prior to January 1, 2021 will not be eligible for the EIP3 or RRC (Recovery Rebate Credit).

Social Security Number – A Social Security number is required for eligibility for filers and their dependents. An exception to the SSN requirement is if a dependent is adopted or placed for adoption and has an ATIN (adoption taxpayer identification number). The SSN has to have been issued by the Social Security Administration on or before the due date for filing the 2021 return.

Regulations – The Act specifies that the Treasury Secretary is to issue regulations or other guidance to ensure, to the maximum extent administratively practicable, that in determining the amount of the RRC, an individual is not taken into account more than once. This includes claims by different taxpayers and by reason of a change in joint return status or dependent status between the taxable year for which an advance refund amount is determined and the taxable year for which the RRC is determined.

Non-filers – An individual does not have to file a tax return to be eligible for the EIP. The Treasury has developed methods for directing payments to non-filers, such as Social Security recipients who don’t have other income. If you are a non-filer who received the two prior EIPs, you should automatically receive this third one. Although it may take a bit of time for the IRS to update their website to incorporate the recent changes, they provide a Non-Filer Tool on their website.

Following Up – You will be able to check on the status of your rebate using the “Get My Payment” feature on the IRS webpage.

Also, realize there may have been births, deaths, changes in dependents, marriages, separations, divorces, and income changes that can cause the rebate amounts to be different from expected or, in some cases, incorrect.

The IRS provides an extensive Q&A related to rebate issues and situations that may answer any questions related to your rebate- once the information is updated for this third round of payments.

With the passage of the CARES Act stimulus package early in 2020, the federal government began supplementing the normal state weekly unemployment benefits by adding $600 per week through the end of July 2020. When this provision ran out, and with Congress at a stalemate, President Trump issued an executive order in early August that extended the supplement, but at $400 per week, with the federal government providing $300 and the state the other $100. Then, the COVID Tax Relief Act that was enacted in late December of 2020 extended the federal unemployment supplement through March 14, 2021, but at $300 per week. Now, President Biden’s American Rescue Plan that Congress enacted in March of 2021 has extended the $300 benefit through September 9, 2021 and increased the number of weeks an individual can qualify for the benefits from 50 to 74.

The American Rescue Plan Act originally slated the weekly amount to be $400. That was before a provision to treat the first $10,200 of unemployment income as tax exempt was included, at which point the weekly supplemental amount was reduced to $300. However, the tax exemption of the first $10,200 of unemployment compensation will only apply to taxpayers with AGIs less than $150,000. Prior to this change, unemployment benefits were fully taxable income for federal purposes.

This change is retroactive to 2020, and if you have already filed your 2020 tax return, on which you included unemployment compensation, and you qualify for the income exclusion, the return can be amended to take advantage of the up to $10,200 tax-exempt portion of the unemployment income. There is a remote chance the IRS might make the adjustment automatically.

There have been reports of people receiving Form 1099-G when they never applied for and didn’t collect any unemployment benefits for 2020. In these cases, the individual’s personal information was apparently used fraudulently by someone else to claim the unemployment benefits. If this happens to you, you should contact the government office that issued the erroneous form to request a correction.

Also, be aware that children under age 19, or full-time students over age 18 and under age 24 with unearned income in excess of $2,200, are subject to what is referred to as the kiddie tax. The kiddie tax taxes the child’s unearned income at the parent’s rate. Normally, we think of unearned income as being interest, dividends and capital gains, but certain other types of income, including unemployment benefits, are considered to be unearned income. This can lead to some unpleasant tax surprises, as those who have already filed their 2020 tax returns may have discovered. But the $10,200 retroactive exclusion should eliminate the unemployment tax for most kiddie tax returns. An amended return may be needed in this situation.

A word of caution: Some states may pass laws to conform to the federal treatment, or even automatically conform. Unfortunately, that information was not available when this article was prepared. If you’ve collected unemployment compensation, the benefits’ impact on your tax bill will depend on a number of factors, including the amount of unemployment income you received, whether your benefits are covered by the $10,200 exclusion, what other income you have, whether you are single or married (and, if married, whether you and your spouse are both receiving unemployment benefits), and whether you had or have income tax withheld from benefit payments. 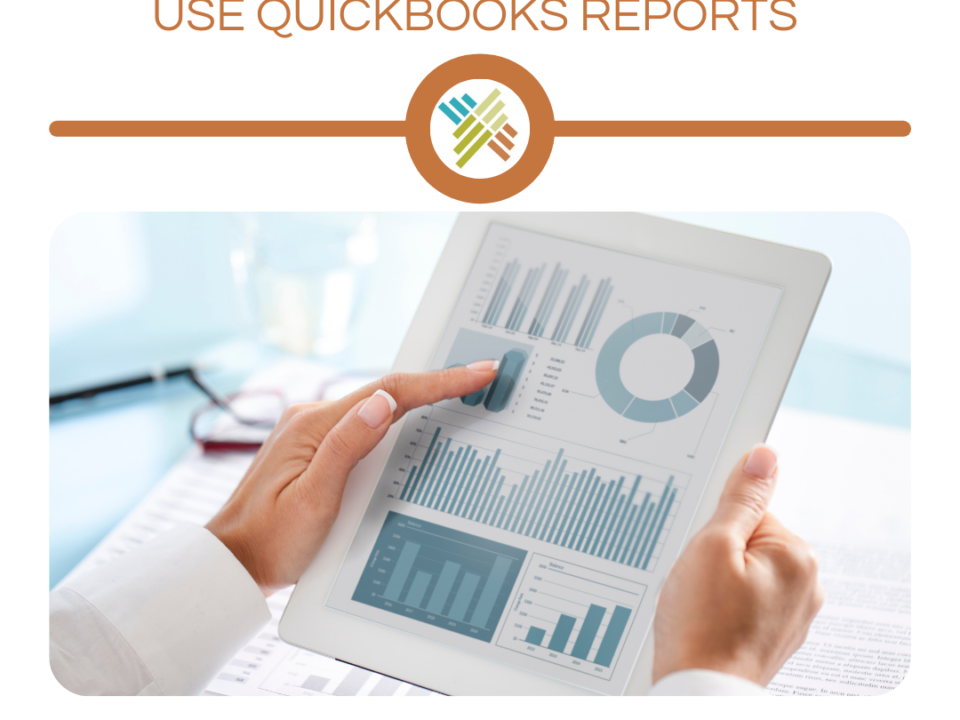 Know Where You Stand: Use QuickBooks Reports

Some Small Businesses are Recovering. Is Yours? 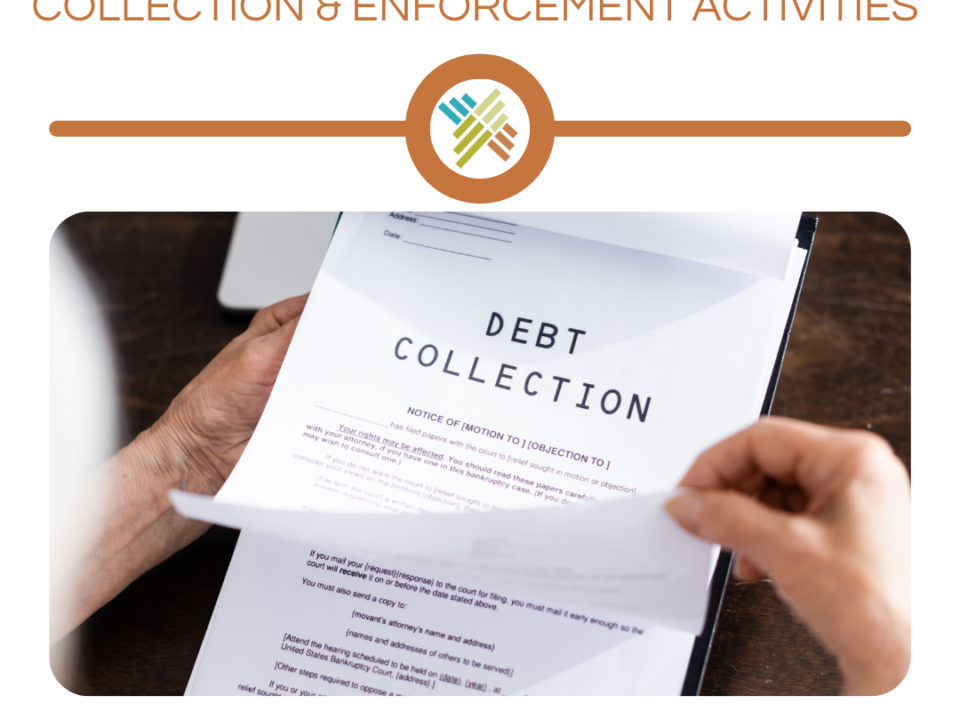